Tinni as newcomer best singer in Channel i Music Award 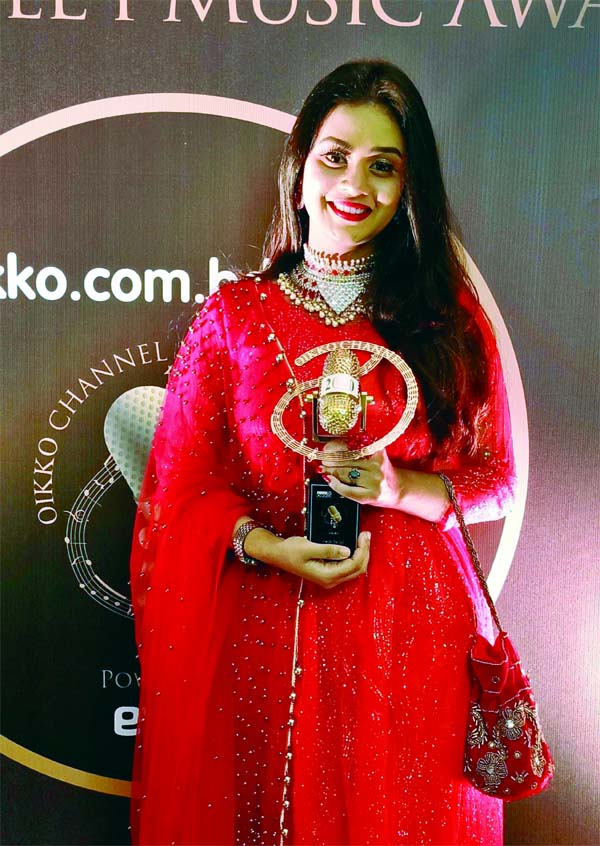 Entertainment Report :
Serakontho famed singer Kaniz Khadiza Tinni got the Best Singer (newcomer) at âOikko-Channel i Music Award 2019â held at a city hotel on Thursday. She got the award for rendering the patriotic song titled Sharat amar snigdhota, which lyric was written by Kamrul Hasan Sohag and music was composed by Akash Mahmud.
While sharing her feelings to get the award for first time Tinni said, âAt first, I am grateful to Allah. Secondly, I am grateful to my parents. Then I give thanks to all who were related with the song Shorot amar snigdhota. By getting this award I entertained my
parents. It is really a peaceful matter to me.
I also give thanks to Runa Laila who always inspired me. I also give thanks to people of the country including Narayanganj who gave their votes to me. I respectfully remember my music teachers late Maya Ghosh, late Fazlul Haque Khokon and all the teachers
of Narayanganj Shilpakala Academy.â
Tinni wanted to lend her voice for play-back song. Few days ago, her rendered a duet song with Milon titled Tomake chai was released. Her rendering style was
appreciated in the song.Â Â Â Â Â Â Â 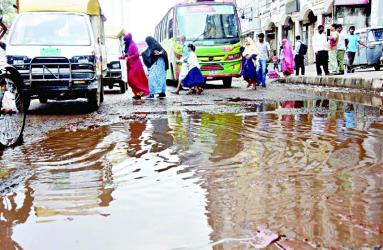 The dilapidated condition of road at Chankhar Pool near Dhaka Medical College in city has caused untold sufferings to commuters and pedestrians as well. This photo was taken on Thursday. 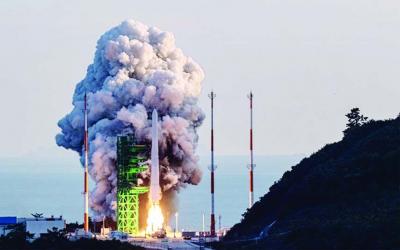 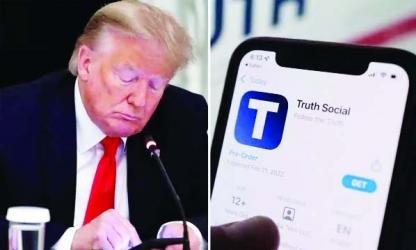 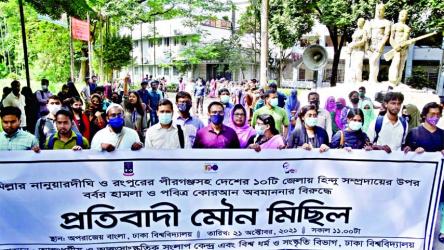 Inter-cultural Dialogue Centre brings out a procession on Thursday at Dhaka University Campus protesting recent assults on Hindu community in different parts of the country.